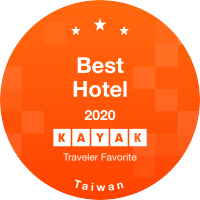 The name of Ximending came from the period of Japanese colonization. At that time a large portion of Taiwan’s residents lived within Taipei City. And Ximending was their center for recreation. The city’s first theater “Tokyo Stand” was set up here in 1896, and the area was officially named Ximending in 1922.

In early years, the main business activity in Ximending was the cinema theater. At that time, most cinemas were on Emei Street, Chengdu Road and Xining S. Road. After the central government of the R.O.C. was relocated in Taiwan in 1949, large amounts of money poured into Ximending. In addition to cinema, there were department stores and other entertainment attractions. After the completion of the block-long Zhonghua Business Buildings along Zhonghua Road, Ximending became the largest business and entertainment center in the country.

In the 1990s, Taipei’s business and entertainment activities gradually shifted to the East District, and later on the Zhonghua Business Buildings were torn down for road construction. Ximending became less popular for a while. Then the MRT Bannan Line was completed, and Zhonghua Road has once again prospered under the planning of the Taipei City Government. People gather here for art, culture events, sports, and music performances on weekends and holidays. Along with the crowds, business opportunities are returning to Ximending.

Ximending is not only a witness to the history of Taiwan, but also a leader of fashion for the new generation. Many middle aged people and senior citizens come here to reminisce about the old days, while young people come for the latest fashions. Two totally different lifestyles meet here, as Ximending fulfills the needs of different groups of people.